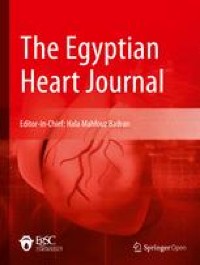 (n = 320; 100%) and failure to thrive (n = 81; 25.3%), respectively. Deficient rim (< 5 mm) either in isolation or in combination was observed among 52 (16.2%) patients which was most commonly attributed to aortic rim (n = 33; 10.3%), whereas aortic rim was completely absent in 11 (3.4%) patients. Two patients had Lutembacher syndrome and had undergone balloon mitral valvuloplasty before device closure. Three (0.9) and 2 (0.6%) patients had additional PDA and VSD which were also dealt percutaneously. In total, 314 (98.12%) patients out of 320 were discharged from hospital with device in-situ. The overall safety and efficacy was 97.5% each, as given in Table 2. TTE- and TEE-assisted device closure was performed in 298 (93.1%) and 22 (6.9%) patients, respectively. Most of the smaller defects requiring smaller device were implanted using conventional LUPV technique (n = 234; 73.1%), while relatively larger defects were deployed using RUPV technique (n = 42;13.1%) and Greek maneuver (n = 35; 10.9%). BAT was used exclusively for very large defect (> 34 mm) and/or deficient aortic or posterior rim in 9 (2.8%) patients. Three hundred and one (94.1%) achieved complete closure of defect immediately following the procedure, while 19 (5.9%) had some shunt following implantation of device. At 6 months of follow-up, only 2 patients had moderate residual shunt.

Periprocedural complications were observed in 27 (8.4%) patients which were attributed to supraventricular arrhythmias (n = 15; 4.6%), transient atrioventricular block (AVB: n = 6; 1.8%), device embolization and pericardial effusion in 2(0.6%) and 3(0.9%) patients respectively while cardiac perforation was reported in 1 (0.3%) patient. All supraventricular arrhythmias were transient as a result of manipulation of hardware. Most of them reverted to sinus rhythm spontaneously while 3(0.9%) patients required diltiazem. In 3(0.9%) patients complete AV block was noted following deployment of large device after multiple attempts, out of which 2 (0.6%) patients had right bundle branch block at baseline. Device was recaptured and patients were referred for surgical correction. Remaining 3 (0.9%) patients had first-degree AV block which got normalized, after administration of intravenous dexamethasone, on the fourth day following device implantation.

Device dislodgement was reported in 2 (0.6%) patients, who got migrated to right ventricle on next day. Both were 40-mm device used to close large defect (36 mm) and had inadequate aortic and posterior rim. Both were surgically removed (Fig. 10).

Manipulation of large 14F sheath in a 16-year-old girl resulted in perforation of RA leading to cardiac tamponade. Pericardiocentesis was performed and emergent repair of defect followed by patch closure was performed. It resulted as device could not be deployed and sheath was mobilized from RA to LA leading to this complication. The mean fluoroscopy and procedural time were 6.8 ± 10.4 (range 3.5–21 min) and 23.5 ± 9.2 (range 20–58 min) respectively. Follow-up was performed using TTE with color Doppler on scheduled visit which showed no late embolization and erosion. Moderate residual shunt was seen in 2 patients at 6 months of follow-up. Nickel allergy was not reported in any of our patient [11, 12]. Five (1.5%) patients who had atrial fibrillation (AF) at baseline remained in AF. No neurologic events occurred except self-limiting headache (n = 8; 2.5%).

The key findings in our study were 97.5% safety and efficacy of transcatheter closure of secundum atrial septal defect using Cocoon septal occluder among diverse patient population (adult as well as pediatric) for small-to-large defects (> 25 mm) with no late events on mean follow-up of 4.5 years. Transcatheter closure has certain inherent advantages over surgery as it is minimally invasive, hospital stay is short, and it is associated with low morbidity and mortality.

Though this study had a single arm, the results of this study are comparable to those done for other devices and in a way reflect non-inferiority of this device. Efficacy using CSO in our study (97.5%) was similar to current-generation devices like ASO (97.6%), Gore Helex septal occluder (96.4%)[13], Cera septal occluder (99.7%), Biostar (97%), and Figulla Flexible Occlutech septal occluder (83%) [14].

Although TEE provides better clearer delineation and sizing of ASD compared to TTE, device placement can be performed using TTE which prevents introduction of esophageal probe and conscious sedation. In our study, TEE was used only in 22 (6.9%) patients. TCC of ASD using ASO under TTE has been demonstrated to be safe by Pan et al. [15] and Li et al. [16]. Good acoustic window is essential to adequately image the atrial septum.

Large defect defined as balloon-stretched diameter ≥ 34 mm in adults or echocardiographic diameter > 15 mm/m2 in children accounts for almost 20% cases. These defects are difficult to be dealt with conventional deployment technique as device do not orient parallel to IAS and tend to prolapse into RA. 24% of patients in our study had large ASD which was dealt using RUPV technique and Greek maneuver. Thanopoulos et al. [17] demonstrated 95% success in ASD closure in patients with large ASD with deficient aortic/posterior rim. BAT was used for device deployment for large defects in only 2.8% patients in our study in lieu of failure of Greek maneuver. As Cocoon septal occluder is softest and lightest among currently available devices [18], even the very large devices were successfully deployed without balloon assistance. Pillai et al. [19] reported 91% success with BAT among a series of 36 patients who had large defect (> 35 mm). Dalvi et al. [7] reported similar result in 14 patients with 100% success rate using BAT where the average ASD size was 32 mm. It has been noted that BAT improved success rate to 92% for large ASD compared to 16% using conventional technique [19]. In our case, BAT was used in 11 patients with success rate of 81.81%.

Major adverse cardiac events in our study (8.4%) were similar as reported with Amplatz device (7.2%) [20]. Device embolization was noted in 2(0.6%) patients in our study where as its reported incidence is 0.4–1.1% [21]. In both patients, defect was very large (36 mm) with absent aortic rim which was attempted with 40 mm using BAT. Initial deployment was successful but both migrated to right ventricle within 24 h (Fig. 10). As devices were very large, both patients were referred to surgery for removal as well as patch closure of defect. Most of embolization are acute (< 24 h) though late events have been reported as well. The risk factors for embolization are larger defect, larger device, undersize device, too small left atrium, deficient inferior/aortic rim, and flimsy rim [22]. Beside surgery, it can be retrieved percutaneously using snare. In our study, there was no episode of late embolization though it has been reported by Chess et al. in 2 patients [23], and Verma et al. in one patient [24].

Reported incidence of AV block (AVB) is 1% to 6% with all types of devices in literature [25] and was observed in 1.8% patients in our study. All episodes were transient in our study which was similar to findings reported by Chan KC et al. [26]. Irreversible third-degree AVB requiring pacemaker implantation has been reported as well [25]. Probable etiologies are inflammation and edematous compression of AV as a result of mechanical irritation by atrial disk, scarring of AV node and rarely vascular compromise of AV node [27]. The various risk factors are inadequate postero-inferior rims, greater device/height ratio, oversize device in small children, baseline conduction defect and weight < 15 kg. In our study, 3 (0.9%) patients developed complete AV block following deployment of large device, among these 2 patients, 13 and 16 years old, had a defect of 28 mm and had right bundle branch block at baseline. Third patient was a 7-year-old girl whose defect size was 22 mm with inadequate posterior rim requiring device of 24 mm. Her baseline electrocardiogram was normal. They developed third-degree AVB after device deployment. Considering the need of pacemaker in future, device was recaptured and they were referred for surgical correction. In remaining 3 cases, only first-degree AVB was noted which regressed with dexamethasone which was concordant with findings reported by Sudha et al. [28] which indicated that transient mechanical compression of AVN was likely reason.

Cardiac erosion leading to perforation is one of the most dreaded complications. There were no device related erosion in our study, while reported incidence varies from 0.1 to 0.4% [29]. In one case, immediate perforation of RA due to vigorous manipulation of 14Fr sheath in order to close 28 mm defect with 32 mm device was noted. We would like to emphasize that once sheath is into RA, it should be re-advance over diagnostic catheter (JR/MP) using floppy wire rather than blind manipulation. Device erosion can be acute as well as delayed (weeks to years). Though most of erosion has been reported with ASO, it has been observed with all types of devices. Divekar et al. [29] reported 24 cases of CE (both acute and delayed) which was responsible for neurological impairment and death in 3 patients each. In the largest series of 4,008 patients receiving CSO as reported by Thanopoulos et al. [30] over mean follow-up of 43 months, no case of erosion was reported and our finding was concordant with it. The observed factors which increases propensity of CE are inadequate (absent/deficient) aortic and/or superior rim, too much protrusion into the atrial or aortic wall, device straddling of aorta, older age, relatively stiffer occluder (ASO, Occlutech and Cardiac devices), oversized device, and multiple attempts at deployment. No case of CE by CSO may be attributed to its softness because of wire net and smooth surface as a result of nanoplatinum coating.

Ries et al. and Burian et al. described the significant increase in serum nickel levels after transcatheter closure of ASDs with ASO [31, 32]. Systemic allergic reaction to nitinol-containing device implanted for ASDand PFO closure have been reported [33, 34]. Nickel allergy manifest in form of migraine like headache, chest tightness, breathlessness, rash/urticaria, fever, and pericardial effusion [35]. Nickel allergy as a result of immunoallergic hypersensitivity reaction to nickel, was not observed in our study although headache was observed in 8(2.5%) patients which resolved spontaneously. The platinum-coating layer in CDO creates a biocompatible and noncorrosive zone, which can prevent the adverse effects from nickel release. No allergic reaction was reported in 15 patients after CSO implantation who had already tested positive to nickel hypersensitivity by Thanopoulos et al. [30]. No mortality attributable to the procedure occurred in our study.