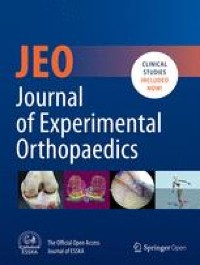 Generally, the restrictions in ROM and the limitations in weight-bearing, should protect the meniscal repair from increased mechanical load, avoiding compressive overload and shear stresses on the surgical repair [12]. However, biomechanical evidence in few cadaveric studies prompt that high degrees of flexion (90°) and early weight bearing might be safe for particular types of meniscal tear [12,13,14,15]. In a porcine cadaveric model, Richards et al. strived to analyze the effects of compressive load in cases of longitudinal vertical and radial meniscus tears [15]. They showed that, in the longitudinal vertical tear scenario, weight-bearing reduced the meniscus and stabilized the repair. Differently, in radial tears, the axial compressive loading might dislocate the lesion instead of reducing it. Furthermore, Becker et al. evaluated meniscofemoral contact pressure while cycling the knee from extension to 90° of flexion after meniscal repair [13]. The study demonstrated that even if the pressure increased in both compartments during flexion, the meniscal repair had no impact. In case of posteromedial meniscal tears, Ganley et al. investigated knee flexion and loading on meniscal healing, using CT scans and special metal markers imbedded in the meniscal lesion [14]. The authors found that at different flexion angles and after 100 lbs of loading the meniscal tear didn’t show any significant gapping. Similarly, Lin et al., in order to assess the effect of postoperative ROM following meniscal repair on a cadaveric model, created a 2.5 cm posteromedial meniscal tear and repaired it with inside-out sutures. Furthermore the authors measured the displacement at high degrees of flexion (90°, 110° and 135°) finding that neither the meniscal tear nor the meniscal repair showed significant gapping [16].

Some authors recommend non-weightbearing and immobilization in full extension, because during flexion the peripheral posterior horn tears move away from the capsule but reduce in extension [17, 18]. However, this finding has not been shown to be beneficial from any clinical point of view [17, 18].

From the biomechanical point of view, postoperative ROM and weight-bearing can affect meniscal healing after repair. Hence, the interaction between tear pattern and knee biomechanics can help the surgeon to properly assess the most suitable postoperative plan.

A modern approach is to tailor an individualized protocol based upon the type of lesion, its location, extent, quality of the repaired tissue and strength of the suture.

Proposed by the authors and supported by biomechanical evidences, in cases of menisco-synovial ramp lesion, hypermobility of the lateral meniscus and a longitudinal vertical tear, the axial compressive load seems to protect and reduce these lesions and an accelerated rehabilitation protocol may be proposed [12,13,14,15]. Differently, in case of radial tears scenario, the compressive loading appears to dislocate the lesion instead of reducing it, leading to a restricted rehabilitation program [15].

Despite more aggressive protocols allowing for free ROM and weightbearing as tolerated immediately after meniscal repair, the authors recommend a 90° of flexion as a comfortable restriction, regardless of the type of the lesion [21]. This recommendation is supported by Ahmed et al. The authors demonstrated, using a pressure distribution transducer for in-vitro static measurements in synovial joints, that up to 85% of the load advances through the menisci with the knee in 90° of flexion, while 50% of the load passes through the meniscus in extension [22].

There is no consensus in the literature regarding the optimal rehabilitation protocol following meniscal repair [23,24,25,26]. An accelerated rehabilitation protocol advocates early partial weightbearing and unrestricted range of motion after meniscal repair regardless of the tear type [6, 8, 10, 11]. Differently to that, a restricted program recommends to use limitations in ROM and a more conservative non-weightbearing postoperative course [5].

Only one prospective randomized trial comparing the impact of accelerated regimen versus restricted rehabilitation protocol has been described [21]. Lind et al. involved 60 patients with a diagnosis of vertical meniscal lesion, treated with an all-inside repair technique and randomized by rehabilitation regimens. The accelerated group was allowed to immediately load the knee with weight-bearing as tolerated, associated with immediate ROM from 0° to 90° of flexion. The restricted group needed to wear a hinged brace and gradually increased the ROM up to 90° in association with a touch-down weight bearing for six weeks after the surgery. There were no differences in functional outcome score and healing rate at two years of follow up. Therefore, the authors concluded that free accelerated rehabilitation protocol was safe with a low failure rate.

Following the concept of accelerated protocol based upon the tear’s characteristics, Kocabey et al. reported excellent results for different lesions [27]. For longitudinal tears less than three cm, they proposed weight-bearing as tolerated without using a brace in association with a ROM limited to 0°-125° up to the six weeks. However, for lesions bigger than three cm, patients were wearing a protective locked brace with partial weight bearing with ROM limited to 125° until eight weeks after the surgery. In the complex and radial tears cases, wearing a brace with weight bearing as tolerated with ROM limited to 90° for six to eight weeks were recommended. Furthermore, considering aggressive and accelerated rehabilitation protocols, Mariani et al. showed promising results in 22 patients who underwent outside-in suture in meniscal longitudinal tears of the posterior horn of the medial meniscus. Full weight bearing without ROM restrictions were immediately allowed, and on MRI re-examination only three patients demonstrated signs of re-tear with one mm of gapping [11].

Regarding the efficacy and safety of accelerated protocols in radial tears cases, there are still a lot of concerns. Using a restrictive protocol, two studies reported good results after repair of isolated radial tears of the lateral meniscus [28, 29]. On the other hand, favorable results using a restricted protocol were described by Noyes et al. The authors showed excellent results limiting weight-bearing in association with restricted ROM (120°) over six weeks [30]. Similarly, Logan et al. reported high rate of return to sports (RTS) (81%) using a restricted rehabilitation program with protected weight-bearing and limitation of ROM for six weeks for all types of meniscal lesions [31].

Differences or similarities among the studies previously described are summarized in Table 2.

Following these biomechanical premises, keeping in mind the macro-geometry and tissue-architecture of circumferential and radial fibers of the menisci and considering the studies described in the literature (Table 2), a tailored and customized rehabilitation protocol after meniscal repair can be proposed. According to the integrity of the circumferential fibers, the senior author described and classified two different types of meniscal lesions: stable and unstable.

In longitudinal (oblique, vertical) lesions, the biomechanics of the circumferential fibers are preserved. Consequently, the hoop-stress effect is maintained making these tears types in general more stable [4]. Differently to that, complete radial tears should be treated more conservatively, because the circumferential hoop fibers are disrupted [4]. Proposed approaches for each category of lesions are summarized in Table 3.

In the cases of menisco-synovial ramp repair, hypermobility of the lateral meniscus fixation and longitudinal tear suture, where the hoop tensile stress effect is preserved, partial weight bearing (20 kg) is allowed for the first four weeks after surgery, with weight bearing as tolerated for the following weeks [11, 30]. Range of motion is limited to 90° of flexion using a protective brace for six weeks [28].After six weeks, progression beyond 90° of flexion is allowed, but knee loading in deep flexion is limited for four months postoperatively [30]. Strengthening exercises with weights starts after three months and isolated strengthening of hamstrings does not usually start before four months [32].

Meniscal repair is largely performed in young and active patients including elite and professional athletes, but only a few studies looked at the RTS after meniscal repairs using a sport-specific approach [33,34,35]. Only six studies specifically evaluated RTS in either mixed-level or professional athletes after isolated meniscal suture [31, 36,37,38,39,40]. No biomechanical studies evaluating the RTS rates after meniscal repair were found. However, a better understanding of RTS parameters could guide and help the surgeons while aiding discussion about recovery after meniscal repair with athletes and team physicians. Eberbach et al., in a recent systematic review, investigated sport-specific outcomes, RTS and failure rate after meniscal repair, evaluating 28 general studies [33]. The authors showed that repairing a meniscal tear is correlated to good sport-specific outcomes and RTS in either recreational and professional athletes. 89% of all the patients were capable of RTS to their preinjury activity level, with a slight difference between mixed-level populations (90%) and professional athletes (86%). Concerning the level of activity, the Tegner rating scale was used in 17 studies. Regarding preoperative and postoperative levels, the Tegner score improved from 3.5 ± 0.3 to 6.2 ± 0.8. On the other hand, comparing preinjury and postoperative levels, a small decrease of the Tegner score from 6.3 ± 1.1 to 5.7 ± 0.8 was reported, without showing any clinical impairment. Finally, a global failure rate of 21% was shown, with a lower level in professional athletes (9%) compared to the recreational group (22%) [33].

Differences or similarities among the studies specifically evaluating RTS are summarized in Table 4.

As already highlighted for rehabilitation, taking into consideration the tissue-architecture of circumferential and radial fibers of the menisci, and considering the studies described in the literature (Table 3), a tailored and customized RTS protocol after isolated meniscal repair should be based upon the tear type, the meniscus stability, and the type of sports, which can be classified according to the Tegner Activity Scale [43]. Since there are no studies in the literature evaluating the RTS (rate/time) after meniscal repair in a longitudinal horizontal or vertical tears, RTS for competitive and contact sports activity is advised after four to six months [31, 36,37,38,39,40].

In the case of radial or root tear scenario and due to the instability of the lesion itself, the senior author suggest delaying RTS until nine months in professional contact and pivoting sports.

For an unstable lesion in a professional contact and pivoting sports athlete, the Authors recommend a RTS three months later compared to the stable tear.

The “too much too soon” return to high activity is a risk factor for treatment failures, especially in a younger population [44]. General approaches for each category of tears are summarized in Fig. 2.