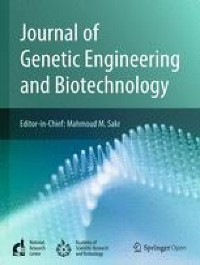 The identified shattering genes protein sequences were used to analyze the phylogenetic relationship of the shattering gene family in B. napus, B. juncea, Arabidopsis, citrus, tomato, wheat, cotton, and rice. The unrooted phylogenetic tree characterizes the length of clades and the level of the evolutionary relationship with well-supported bootstrap values. The sequences of shattering genes SHP1, SHP2, FUL, IND, ALC, NAC, RPL, PG and their orthologous determined into B. juncea, B. napus, Arabidopsis, citrus, tomato, wheat, cotton and rice were aligned to generate the NJ phylogenetic tree (Fig. 1). Every individual shattering gene organized in a distinct clade with various color, characterize their functional and sequential conservation. The light green and dark brown colour in the tree is Clade I which contains a duplication of SHP1 and SHP2 in various plant like B. napus, B. juncea, citrus, tomato, wheat, cotton and rice except SHP2 gene where no duplication was observed in B. napus and B. juncea plants. However, clade II with yellow color consists of FUL genes where duplications were observed. This shows that clades I and II are closely related to each other as compared to other clades. Clade III indicated with blue color, shows duplication and triplication of IND and ALC in B. juncea, B. napus and other plants like citrus, tomato, wheat, cotton and rice that indicates divergence in sequences and clade IV with red colour, duplication of NAC genes was observed. It is clear from the resulting tree that clade III and clade IV are closely related to clade I and II. Similarly, clade V with purple colour and clade IV with dark blue colour contains PG and RPL genes in a duplicated form in B. napus, B. juncea, and all other plants. The clade comprising SHP1 and SHP2 genes contains a greater number of genes as compared to others. Genes from these two clades are present on different chromosomes indicate that every individual gene bear duplication and whole genome triplication events before reaching this level. Environmental, physiological, and chromosomal rearrangement at the development level brought changes in the genome. These results authenticate that every individual gene of B. napus, B. juncea, citrus, tomato, wheat, cotton, and rice under observation are shattering genes having a close resemblance to each other and with a model plant Arabidopsis thaliana as shown in Fig. 1.

We compared the coding DNA sequences of exons and introns to their genomic DNA sequences to facilitate phylogenetic reconstruction. As shown in Fig. 2a, the distribution, number, and length of exons and introns were not highly diverse among all genes. Br-nS1 was the longest sequence and Br-nS10 was the shortest among all shattering genes. Br-nS1 contain 8 introns. While Br-nS2, Br-jS18, and Br-jS19 contain six introns. Br-nS4, Br-nS5, and Br-nS6 contain seven introns while in B. juncea divergence is found Br-jS21 contains 4 and Br-jS22 contains 7 introns for the same gene. Br-nS9 contain a single intron, whereas the same gene Br-nS10, Br-jS25 and Br-jS26 didn’t contain any introns and showed a divergence in the gene sequence. Br-nS13 and Br-nS14 contain four introns whereas the same genes in B. juncea, Br-jS29, and Br-jS30 contain three introns showing a clear difference among B. napus and B. juncea. Similarly, Br-nS15, Br-nS16, and Br-nS17 genes contain three introns, while in other species B. juncea Br-jS31 contain three and Br-jS32 contains two introns for the same genes, which also showed some variance in genes sequences.

MEME (Multiple Em for Motif Elicitation) motif search tool was used to identify 10 conserved motifs of 32 shattering protein sequences of B. napus and B. juncea (Fig. 2b). Motifs 1 and 2 exhibit the MADS-box domain which was found in 11 genes whereas other shattering genes did not show motif 1 or 2 features. The genes which exhibit the characteristics of motifs 1 or 2 were Br-nS1-Br-nS6 and Br-jS18-Br-jS22. These genes did not contain other representative motifs of Mads-box family such as motifs 4, 5, 6, 7, 8, 9, and 10. Motif 4 and 5 comprised of PbH1 domain found in 5 genes which were Br-nS15, Br-nS16, Br-nS17, Br-jS31, and Br-jS32. Br-nS7, Br-nS9, Br-nS10, Br-jS21, Br-jS23 Br-jS24, Br-jS25, and Br-jS26 genes consists of single motif whereas Br-nS8 gene did not contain any motif. Motif 8 and 10 showed pox/Hox domain which was found in Br-nS13, Br-nS14, Br-jS29, and Br-jS30 gene. Br-nS15, Br-nS16, Br-nS17, Br-jS31, and Br-jS32 comprised PbH1 domain with motif 5 and 6 features. Motif 1 and Motif 2 were conserved among genes which is the characteristic feature of shattering genes. The different motifs are represented by different colors that showed similarities among B. napus and B. juncea as shown in (Fig. 2b). The number of motifs found in both species is similar except for Br-nS7, Br-nS9, Br-nS10, Br-jS21, Br-jS23 Br-jS24, Br-jS25, and Br-jS26 which shows single motif and revealed similarities and differences with other shattering genes among brassica species.

Syntenic relationship among shattering genes of B. napus and B. juncea

qRT-PCR expression of shattering genes in fresh and mature siliques