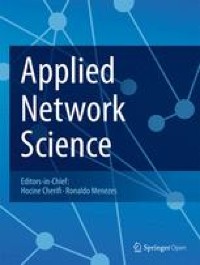 Mexico frequently emerges as one of the most unequal countries across various economic, societal, and demographic topics (Campos-Vázquez et al. 2018). Science is not the exception where striking gender differences have been reported not only regarding women representation in general, but specially within the highest levels of the decision-making ladder (Lloyd 2018; Sandoval-Romero and Larivière 2020; Rodríguez Miramontes et al. 2017). In 2018, only 37% of the national researchers’ system were women, their presence varying across fields and seniority (CONACYT 2018).

The number of citations in the evaluation and promotion of researchers has gained importance in recent decades in which different strategies to magnify these have been uncovered, differing significantly between genders (van den Besselaar and Sandström 2016; King et al. 2017; Fortunato et al. 2018; Huang et al. 2020). The academic career has been regarded as a publish-or-perish game where a scientific contribution is measured against the impact it creates.

In this context, Ioannidis et al. (2019) explain the need for citation metrics that are field-adjusted, accounting for extreme self-citations and able to detect citation farms in which a small cluster of authors disproportionately cites each other’s papers. The strategic use of self-citations to boost an author’s impact has been widely studied (Kacem et al. 2020; Van Noorden and Singh Chawla 2019; Wallace et al. 2012). For instance, King et al. (2017) find that men self-cite 56% more than women, creating an asymmetric cumulative advantage between genders.

Reciprocity between authors within their closest social circle has been less studied and only recently has gained importance. Li et al. (2019) investigate whether authors that present high citation reciprocity (exchange of citations between authors) outperform their peers and find that only those in the lowest part of the citation distribution do benefit from this strategy to boost their visibility.

Therefore, the issue of exploring the determinants of an author’s impact is a mix of personal attributes and the authors’ social network. It is well established that collaboration in academia is mostly beneficial for all parties since it can improve their productivity and impact through the acquisition of resources, learning of new abilities, boost of citations, and a more lengthy career (Van Der Wal et al. 2021; Wallace et al. 2012; Fortunato et al. 2018; Paraskevopoulos et al. 2021; Dorantes-Gilardi et al. 2021).

The study of real-world networks has stressed the necessity of developing centrality, rankings, and structural organization measures to uncover complex connectivity patterns usually hindered and are proven useful to characterize different network structures and configurations (Alvarez-Hamelin et al. 2005). One macro-level measure to find interconnected links within the network is based on its k-core, defined as the maximal set of nodes that have at least degree k within the set (Kong et al. 2019; Seidman 1983). The concept of k-core has proven helpful in a variety of financial, biological, and community detection topics (Kong et al. 2019; Giatsidis et al. 2011; Burleson-Lesser et al. 2020; Dorantes-Gilardi et al. 2021). In practice, it is of particular interest the study of the maximal degree k such that a k-core exists, the so-called main core and k-max, since the nodes belonging to it are responsible for providing a “structure” to the network due to their high relations strengths (Burleson-Lesser et al. 2020). We will only consider the k-max throughout the paper.

In this paper, we explore whether an author’s k-max (magnitude of k) correlates with the number of citations, once we control for other individual characteristics, such as the number of papers, area of expertise, the average number of co-authors per paper, career length, among others. We construct personal citation networks where the nodes are papers and links are citations that may come from a paper of the same author (self-citation), a paper of a co-author (collaborator-citation), or someone else (third-party citation).

Our goal is to uncover whether a more interlinked inner core (higher k) implies more citations. To the best of our knowledge, this is the first paper to investigate the link of the citation networks topology through differences in the k-max to explain variations in an author’s impact. Also, we investigate possible mechanisms that affect the k-max, both in the magnitude of the k and some possible strategies of increasing it, such as self-citations.

A personal network (ego network) intrinsically embeds social mechanisms and can generate different benefits to the focal node depending on its structure. Vacca (2020) explains that tightly-knit ego networks generate bonding social capital and may result in higher levels of cooperation and support among members. Unlike other networks (e.g. biological or social), in citation networks, the links cannot be severed; they are permanent, and the cost of maintaining the link (a citation) is zero once it appears. Given this particularity, we presume that a more cohesive inner core of a personal citation network could only benefit the focal author. Furthermore, the possible adverse effects of a highly cohesive network, such as greater social pressure or limits on individual freedom (Vacca 2020), are not a matter of concern.

Since the k-max of our citation networks contains papers that receive at least k citations, and these may come from different sources (self, collaborator, or third-party), we hypothesize that an author may partially have the ability to increase the k through self-citations or if collaborators reciprocate citations as well. Nevertheless, it is worth mentioning that we do not imply that all self or collaborator-citations are artificially boosting the impact or the k. For instance, an author could naturally have a large k if several of their papers are impactful within a small community and are usually co-cited.

We would expect differences between the citation networks of early and senior-career researchers and across fields, but it is not evident how they differ between genders, particularly the innermost core (k-max). The present paper aims at contributing to the research in how gender-differentiated patterns in their citation network can translate into permanence and promotion in academia.

Moreover, we use a Blinder-Oaxaca (BO) decomposition to explain further how the k-max and other variables contribute either positively or negatively to the citation gender gap, in the fashion of the wage gender gap literature. Thus, we examine how much of the gap can be explained by differences in observable characteristics or endowments (including the k-max) and how much is due to those characteristics having different effects on citations (coefficients). To our knowledge, this paper is the first, in the growing literature on gender bias in academia, to apply such a decomposition approach. Thus, this study not only contributes specifically to the gender bias literature in academia but may also inform policy-makers to design policies targeting gender equality.

The paper is organized as follows: section “The Mexican National System of Researchers” explains the Mexican National System of Researchers briefly; section “Data” presents the data and how the citation network is constructed; section “Network topology and impact” shows the results of the relationship between an author’s networks topology and the number of citations; section “Network topology and impact” shows some measures that relate to the k-max and whether there are gender differences; section “Illustrative cases} illustrates particular researchers to better understand the dynamics of citation patterns and k-max. Finally, section “Conclusions” provides concluding comments.