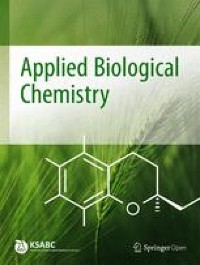 Identification of circ_0026359 location and stability

For identifying the stability of circ_0026359, 50 ng/mL Actinomycin D (Seebio Biotech, Shanghai, China) was incubated with AGS and HGC-27 cells for different time points. Then, RNA was isolated, and circ_0026359 and KRT7 levels were detected by qRT-PCR.

GC cells were plated in tissue culture microplates, and treated with sh-circ_0026359, miR-140-3p, anti-miR-140-3p or HOXA9. Forty-eight hours later, cell counting kit-8 reagent (Abcam, Cambridge, MA, USA) was added into each well and incubated for 2 h. The absorbance at 460 nm (A460) was measured using a microplate reader (Thermo Fisher).

GC cells stably expressing plasmids or oligonucleotides were diluted in media and placed in 6-well plates. About 2-week culture later, cell supernatant was removed. Paraformaldehyde (Seebio Biotech) was used to incubate the cells. After the cells were washed twice with deionized water, the number of colonies containing > 50 cells was determined.

The cells were fixed with ethanol (Millipore, Bradford, MA, USA) overnight at 4˚C, and then harvested. Afterward, staining buffer, propidium iodide (Beyotime, Shanghai, China) and RNase A (Beyotime) were incubated with the cells. Flow cytometer was employed to assess DNA content and cell apoptotic rate.

Cells were suspended in FBS-free medium and dropwise added into the upper chambers coated with Matrigel (Corning, Madison, New York, USA). After 24 h later, the cells on the top surface of the lower chambers were treated with paraformaldehyde (Seebio Biotech) and crystal violet (Seebio Biotech), and photographed under a microscope (100 × ; Nikon, Tokyo, Japan). Cell migration assay was implemented in accordance with the above steps except that the upper chambers were not pre-coated with Matrigel.

Cells were resuspended in Assay buffer (Abcam) and homogenized by pipetting up and down the tubes. Then, the supernatant was transferred to another tube, and endogenous LDH or enzymes were removed using Deproteinizing Sample Preparation Kit. The Reaction Mix or Background Reaction Mix was added into the test wells following the guidebook. Samples were assessed on microplate reader.

Under the agreement of the Animal Care and Use Committee of The First People’s Hospital of JingMen, the assay was implemented on 12 five-week-old male BALB/c nude mice (Charles River, Beijing, China). These mice were randomized into 2 groups: (1) sh-con group (injected with AGS cells stably expressing sh-con); (2) sh-circ_0026359 group (injected with AGS cells with circ_0026359 knockdown). The above cell suspensions containing 5 × 106 cells were injected into the upper back of nude mice. The volume (V) of peritoneal nodules was monitored once a week. On the 28th day, mice were anesthetized with xylazine, the forming tumors were harvested. Stable AGS cell line was established by GenePharma Co., Ltd.

Ki-67 expression was detected by IHC assay according to the published methods [23]. In short, the 4-µm-thick neoplasms from the mouse model assay were fixed, and dehydrated. The sections were heated at 80 °C and then incubated with anti-Ki-67 (1:80; Affinity, Nanjing, China) and secondary antibody (1:100; Affinity). Then, the samples were counterstained using hematoxylin (Phygene). The immunoreactivity was observed under a microscope.

The sequences of circ_0026359 and HOXA9 3’-untranslated region (3’UTR) containing the binding sites of miR-140-3p were amplified to establish the wild-type (WT) vectors (circ_0026359 WT and HOXA9 3’UTR WT). The mutant (MUT) plasmids including circ_0026359 MUT and HOXA9 3’UTR MUT were built by Yeasen (Shanghai, China). Then, the above vectors, miR-140-3p and miR-con were transfected into GC cells using TurboFect reagent (Thermo Fisher). Fluorescence signals were detected using a Dual-Lucy Assay Kit (Solarbio).

The results from 3 independent duplicate assays were expressed as means ± standard deviations. The significant differences between the 2 groups with Student’s t-tests or Wilcoxon rank-sum test, while among 3 or more groups with one-way analysis of variance. Log-rank test was used for comparing the disparities in overall survival curve, and a chi-square test was employed for comparing groups between low and high circ_0026359 expression. P value < 0.05 indicated statistical significance.