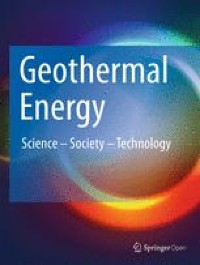 Figure 4 shows the load–displacement curves obtained for the granite NSCB samples in the three-point bending tests. The curve usually consists of compaction stage, linear elastic stage and failure stage. During the compaction stage, the slope of the curve increases nonlinearly. After reaching the linear elastic stage, the load increases linearly with the displacement increases. Below 300 °C, the load drops abruptly after the peak and the sample fails drastically, exhibiting a typical brittle fracture. At 400 °C, the load–displacement curves at larger loading rates (0.1 mm/min and 0.01 mm/min) fluctuate before reaching the peak load (Fig. 4a, b), and the decreasing trend becomes slower in the failure stage (Fig. 4a). These phenomena may be caused by the decreasing brittleness of the samples under high temperature. It is worth noting that at a loading rate of 0.001 mm/min, the curve at 300 °C has fluctuated before the peak, and the failure stage at 400 °C begins to show progressive rupture characteristics (Fig. 4c). This indicates that at lower loading rates (0.001 mm/min), the brittleness of the samples begins to weaken at lower temperatures. When the temperature rises to 500 °C (Fig. 4a, b, c), the curves are generally jagged at the failure stage, and the sample progressively ruptured until complete failure. The samples still have the ability to resist the external load when they are damaged, which is related to the decreasing brittleness of the rock with increasing temperature.

The mode I fracture toughness KIC of NSCB samples is calculated according to the following formula given by ISRM (Kuruppu et al. 2014):

The NSCB samples after tests are shown in Fig. 7, which clearly shows that the colour of the samples changed from blue–grey below 300 ℃ to slightly yellow at 400 ℃. At 500 ℃, the samples turn to be beige in colour and some debris can be observed at the notch of prefabricated crack. The phenomenon is attributed to that the biotite-rich granite turns to be yellow in colour at high temperature (Vazquez et al. 2016). Figure 8 shows the traces of the fracture plane, which initiates from the middle of the straight notch and then propagates along the axial direction.

Moreover, micro-damages on the fracture surface were also observed by SEM from the microscopic scale. The images of microcracks are shown in Fig. 10, where the number of micro cracks in granite obviously increases with temperature. The main mineral components of the granite in this study are albite, quartz and biotite. At 25 ℃, the micro-structure of the granite is comparatively intact. The pre-existing cracks and weak boundaries between mineral grains in granite are locally damaged when the material is stressed, resulting in a small number of cracks. From 25 ℃ to 300 ℃, the number of microcracks begins to increase, and the aperture of the cracks also tends to increase (Fig. 10a–d). They are mainly intergranular cracks, which occur in quartz particles, feldspar particles, or between quartz and feldspar particles (Yang. 2022). The main reason for the formation of microcracks at high temperatures is that the granite is composed of mineral particles with different thermal expansion coefficients and thermoelastic coefficients, and the mineral particles produce uneven expansion at high temperatures (Sun et al. 2015). At 400 °C, the number of intergranular cracks increases sharply and transgranular cracks begin to appear (Fig. 10e). When the temperature is increased to 500 °C, a large number of transgranular cracks appear in the sample, and the intergranular cracks and transgranular cracks are interconnected to form a large broken area (Fig. 10f). Transgranular cracks mainly appear in feldspar particles, which is due to the lower strength of feldspar than quartz (Yang. 2022). Below 500 °C, intergranular cracks appear rarely between biotite particles. The reason is that the distinctive layered microstructure of biotite, which causes cracks to be generally hindered by biotite grains and to develop around their boundaries (Li et al. 2002).