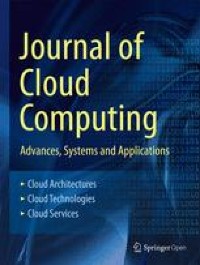 In this paper, our goal is to plan a coverage path over an area of interest where NFZs exist. The requirements to fulfill for the CPP are:

We use one UAV in offline mode to cover an area where NFZs exist. We build the CPP problem model using grid-based technique. We propose the PSAACO to make path planning on this problem model. Furthermore, to avoid the NFZs, we propose a DFA, which can dynamically add points and only need to calculate the changes caused by these points without recalculating the entire algorithm.

We consider planning a path for an area of size approximately 100m (times) 80m, the area is shown in Fig. 1a. In the figure, the grey polygon represents the area that needs to be covered and searched, while the red polygons represent the NFZs.

Similarly to [40], this work uses the grid-based technique to model the investigated area. We map the geographical area to grid cells, and the mapped image is shown in Fig. 1b. The longest side of the area is aligned parallel to the X-axis or Y-axis of the mapped image by means of coordinate transformation. Each grid cell has rectangular shape, and its size is determined by the UAV footprint, what it means is the area the UAV can cover at one time [47]. In Fig. 1b, each grid cell is 20 meters long and 20 meters wide. Grid cells filled entirely or partially with grey represent areas that need to be covered, and grid cells filled with red represent NFZs, while the unfilled cells mean areas that do not need to be covered or are not prohibited to fly over.

In Fig. 1c, we label the key points of the mapped image. The key points are divided into two categories, named as A-Type points and N-Type points, respectively. A-Type points are the center points of the grid cells that need to be covered and searched, marked with orange circular labels in the figure. N-Type points are the vertices of NFZ polygons, and marked with red circular labels. The key points in each row are numbered from left to right (x increasing direction), and the rows are numbered incrementally from top to bottom (y increasing direction). The text in each label consists of its type name and sequentially number.

Figure 1e shows an example of CPP, the back-and-forth is applied on the area. The blue polyline represents the planned path, which starts at point (V_{A4}) and ends at (V_{A14}). In this paper, one path is described by one sequence of points it passes through, and the planned path without considering NFZ avoidance is as follows.

In short, the CPP problem in this paper can be regarded as an optimization problem. The problem is described as follows: plan a path passing through all A-Type points, require each A-Type point to be traversed only once, use N-Type points to avoid the NFZs, and require the shortest time for a UAV to cover the path. The mathematical model of the CPP problem can be described by Eq. 5.

Where f is a function to calculate the completion time for a planned path. (tau) is the minimum completion time of all paths. (P_i) is a planning path, as in Eq. 4. (nu) is UAV speed, and (psi) is UAV rotation rate. G means area after decomposition, which is composed of several sets. VAS is the set of A-Type points, containing all A-Type points in the area, while VNS is the set of N-Type points. NFZS defines a set of line segments to determine whether NFZ avoidance is required, which consists of the diagonals of the NFZ rectangles and the common edge of two NFZ rectangles.

The mathematical model of the CPP problem subject to:

Table 1 defines the notation of relevant sets, vectors, parameters and variables of our work.

Ant colony algorithm(ACO) is a bionic optimization algorithm, which simulates the behavior of ant colony foraging in nature, and uses probabilistic search technology to find the optimal path. This technique is first introduced by Dorigo and his colleagues [48], and then many scholars have continuously enriched and improved it, forming an algorithm family. The well-known algorithms in the algorithm family include: Elitist Ant System (EAS) [49], Rank Based Ant System(ASRank) [50], MAX-MIN Ant System (MMAS) [51], Ant Colony System(ACS) [52], etc. ACO is used for many applications especially complex combinatorial optimization problems such as vehicle routing problem (VRP) [53], job-shop scheduling problem (JSP) [54], traveling salesman problem (TSP) [55], quadratic assignment problem (QAP) [56], and so on.

In this paper, we extend the ACO algorithm presented in our previous work [57], and propose a new PSAACO to deal with CPP problem. This new PSAACO algorithm is mainly expanded as follows: make some modifications to solve CPP problems, modify the self-adaptive strategy to construct and apply a new parameter vector at each iteration, apply the inversion and insertion operators to construct new solutions, use a multi-threaded parallel computing approach to improve the solution quality and search speed.

The Procedures for Solution

As seen in the Algorithm 1, the main processing flow for the solution archive in the PSAACO algorithm is indicated below:

The structure of solution archive

For the CPP problem, each solution of PSAACO corresponds to a planned path without NFZ avoidance, and each variable in the solution corresponds to the sn of one point in the path. For example, the solution (s_{i}) corresponding to the path (P_i) described in Eq. 1 is as follows:

The pseudocode used for generating the initial solutions for the solution archive is presented in Algorithm 3. As seen in the algorithm, each solution was randomly generated as a permutation of the set of the points in VSA. Then, each solution is converted to a path using the “getPathFromSolution” procedure in step 4. The fitness value of the path is calculated in step 5, and the new solution is added into the solution archive in step 6.

The pseudocode of the “getPathFromSolution” procedure is shown in Algorithm 4. Take out two adjacent points of the solution solu in turn, query their corresponding sub-paths from PM, and combine these sub-paths into a complete path P. Since the sub-paths in PM are NFZs-avoiding, the new path is also NFZs-avoiding.

First, each ant applies the roulette wheel selection algorithm, probabilistically selecting a solution from the solution archive S. As shown in the following equation, the selection probability (PS_j) of the solution (s_j) is calculated according to its selection weight (omega _j).

Where (omega _j) can be calculated by Eq. 14. In the equation, (eta) represents the search size constant, and n is the number of solutions in S.

The Procedures for Self-Adptive Parameters

Some parameters greatly affect the performance of PSAACO. The scheme of manually setting parameters depends too much on the experience of setting personnel. This paper adopts a self-adaptive parameters setting scheme for PSAACO.

In the algorithm 1, the main processing flow for the self-adaptive parameters in the PSAACO algorithm is indicated below:

The procedures for parameter archive are very similar to that for solution archive, and they have almost the same operations in initializing archive, selecting base vector from archive, updating archive, etc.

(f(x,mu ,sigma )) is the Gaussian function, x is a variable in one parameter vector. (sigma) denotes the mean square error , (mu) is the mean value , and (xi) means the algorithm parameter.

Step 6 of Algorithm 1 starts TdNum parallel threads, and steps 7 to 45 in Algorithm 1 are the running steps of each thread. Each thread runs an independent ACO algorithm, and it has its own solution archives, parameter archives and global parameters, etc. These threads have independent ant colonies to explore new solutions. And they independently update their own solution archives and parameter archives. After all threads run, take the best solution obtained by all threads as the result of the whole algorithm.

The application of parallel computing speeds up the run of the algorithm, reduces the probability of PSAACO falling into a local optimum, and improves the overall performance of PSAACO. The relevant proof experiments are described in the later experimental part.

The most common performance metrics are: path length, number of turning maneuvers, completion time, energy consumption, and quality of area coverage. Path length and turning angle are the two main basic factors, and most common performance metrics usually rely on one of these factors or a combination of two factors. The completion time and energy consumption metrics include the evaluation of these two factors, so these two metrics are more comprehensive and reasonable. In this paper, the completion time is used as the fitness function value.

The DFA is presented in Algorithm 6. The algorithm has three input parameters. DistanceM1 represents the distance matrix that has been calculated so far, and DistanceM1[i][j] records the shortest distance from vertex i to vertex j. PathM1 indicates the path matrix that has been calculated, and PathM1[i][j] records the intermediate vertex for the shortest path from vertex i to vertex j. DistanceA is an array of distances between new point and calculated points, where DistanceA[i] records the distance between new point and vertex i. In steps 3 to 17 in Algorithm 6, initialize the DistanceM2 and PathM2 by copying the calculated data in DistanceM1 and PathM1 , and adding the data of the new point from DistanceA. The steps 18 to 23 of the algorithm calculate and update all paths ending at the new point, and the steps 24 to 29 calculate and update all paths starting at the new point, while the steps 30 to 35 calculate and update all paths with the new point as intermediate point. The calculation and update operations are implemented by the “updateMatrix” procedure. The detailed steps of the “updateMatrix” procedure are described in algorithm 7, and its principle is shown in Formula 17.

It is easy to see that the time complexity of DFA is (O(3n^2)). When the number of points is large, DFA has great advantages in running speed.

We apply the DFA to deal with NFZ avoidance. Assume we get a CPP model G and a sub-path (P_k=(V_{Ai},V_{Aj})), then the main process for (P_k) to avoid NFZs is as follows: