Scientific policies of developing countries and mid-level entry strategy: from the perspective of a marine scientist – Geoscience Letters 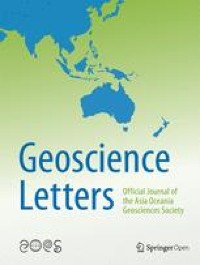 Science is considered the economic engine of a country. Science, technology (S&T), and education have been the driving force behind the recent rise of countries in Asia. The list includes Korea, which transformed from a developing country to a developed country. It changed from a recipient of international aid in the 60s and 70s to a donor country (MOST 1992). Many countries take Korea and China as recent examples of the power of science and technology. The government invested from early on in commercial technologies to manufacture steel, petrochemistry, automobile, and electronics, which eventually led to success in the global market.

People have long understood the importance of basic science as a source of knowledge and economic developments (Bush 1945; Brooks 1994 and references therein). Still, in the light of recent rapid successes in countries, like Korea and China, there is some doubt among policymakers and ordinary citizens of developing countries whether the investment in basic science really matters (e.g., Wong, Wong, 1996).

Are investments in basic science essential for developing countries trying to catch up? For one, scientific knowledge has no borders. Its impact is far reaching and extensive (Gibbons 1999). A breakthrough made in one country can be replicated by those in another, knowing it had worked earlier. Of course, there are regulations and institutions to protect intellectual properties so that original discoverers and investors would be recognized and reap the benefits. In practice, however, such a mechanism is not foolproof. There is no guarantee that the country invested in the basic sciences will reap the rewards.

It is well known that the development of science and technology is not necessarily linear from basic to applied science. According to Stokes (1997), the progress is complex and can go from basic to applied but also vice versa. From an investment point of view, a government can wait for the basic scientific results to become economically viable for perhaps five and maybe ten years, but not for 100 years. The emphasis on the quick return on investment appears to be increasing (Kjelstrup 2001). On the other hand, the way scientists conduct science has not changed. Basic science is important because scientists, like Faraday and Maxwell, in early nineteenth-century England fully understood electromagnetic phenomena that countries, like Korea could make and export all those electronic appliances, including modern-day semiconductors. Does basic science confer benefit to those countries that invested in it?

An idea that has slowly gained recognition among policymakers in Korea is the so-called ‘Mid-Level Entry Strategy’ made famous by one of the science ministers of Korea in the 90s (Jung and Lee 1996). Though a physicist, he maintained that Korea should not invest lavishly in basic science. He said Korea should leave that to developed countries, such as the United States, Japan, and Western Europe. Instead, government research and development (R&D) should focus on areas with the potential for significant economic returns shortly. We need to stay put on the sideline. But then, when the time comes, jump ahead among the rest of the countries by making significant investments, and become the leader.

There are strong arguments against such a proposition. Wong (1996) argued that a simple economic model where mass production by a low-wage workforce was the key to economic growth might not apply to emerging technologies, such as ICT and biotechnology. Modern information technology, for instance, began in the universities in the 80s. Many pharmaceutical and biotech companies are located in the most vibrant and popular cities, like Basel in Switzerland and San Diego in the US, where there is a supply of well-trained elites from the top universities. These cities’ living costs are high but are offset by even higher salaries and good living conditions.

However, the problem is not straightforward. Wong (1996) mentioned that the situation in the developed countries is the shrinking investment in R&D, often in competition against the money for social welfare programs with the aging population. On the other hand, in developing countries, decisions are made top down and usually by those not well versed in science and technology, blinded by the faith that S&T will quickly turn into economic profit for the nation. The policymakers in developing countries tend to follow the latest trends, such as artificial intelligence and the fourth Industrial Revolution. Catchy buzzwords, like the carbon neutrality/hydrogen economy, thus appeal to them. What happens is that many significant investments get wasted, resulting in a low economic return. Like speculators of an asset, policymakers talk about ‘what is the next big thing’ as if it is a game of who gets there first. Occasionally there are some successes. However, the morale among scientists in such an environment in developing countries cannot be high because the way that science is done has not changed over the years. Moreover, it is certainly not a pretty education model to raise the next generation of scientists.

It is unclear how much the Korean government heeded the mid-level entry strategy. However, the system provided an ideological framework for policymakers in setting priorities in science and engineering. Many policymakers also took note of the ‘Pasteur Quadrant’ argument put forward by Stokes (1997), which explained the difference between pure basic science and applied practical research.

In this paper, I review science policy from a new perspective based on my experiences as a research scientist in marine geoscience at a government-supported institution (KORDI, presently KIOST) and as a university professor in Korea. Earth science seldom makes a national priority in Korea. There is a tendency to categorize it as basic science. An odd term, ‘source or original technology,’ was coined to include disciplines, like Earth science, that are at the border between basic and applied.

Many works of literature have reported on the role of basic science and its implementation within science policy in developed countries over the years (Neal et al. 2010 and references therein). However, far less is mentioned about what would be a good policy for the developing countries. The narrative I put forward is based on my experience as a marine scientist and may be different from that of others. However, the science policy of a country is an important matter and should be discussed openly by those involved in day-to-day practice and long-term management.