Towards a unified English technology-based writing curriculum in the Arabian Gulf countries: the case of Oman – Language Testing in Asia 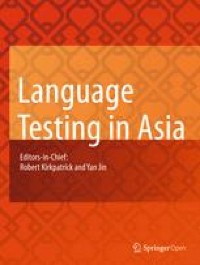 Context of the study

This study aims to demonstrate the role of technology in improving writing composition and bridging the gap between high-school education and university education in terms of academic writing. A similar study based on the efficacy of using Lexical Cohesive Trio was conducted on university students at the Gulf University for Science and Technology (GUST) in Kuwait. The results of that study showed that using Lexical Cohesive Trio can robustly enhance students’ academic writing skills.

It is thus shown that using LCT has considerably enhanced university students’ academic writing. Such promising results have encouraged the author to use the same lexical framework, LCT, with high-school students this time. Based on the previous study, the author created a new Web-based application for teaching academic writing, Academic Writing Wizard (AWW), to bridge the gap between high-school students and university students in the GCC countries, especially in Kuwait and Oman. Furthermore, the study attempts to pilot AWW at the high-school level to develop comparison and analysis material that links between the following two aspects: technology and LCT elements. In fact, the author conducted a two-phase study: one of which focused on Kuwaiti schools, and the other of which focused on Omani schools, being the current study. So long as the two studies are closely related, I decided to conduct a satisfaction survey on both Kuwaiti and Omani students to investigate their satisfaction after using the Academic Writing Wizard and report the results of the survey in this study.

Design of the study

The crux of this study involves drawing a statistical comparison between pre-application essays and post-application essays in terms of the LCT. This study is based on a previous study on Lexical Cohesive Trio elements that showed a substantial efficacy in improving students’ academic writing.

30 junior and senior students from the Gulf University for Science and Technology, GUST, in Kuwait were asked to write two essays for this experiment: one essay was not based on the suggested framework, while the other was. Students were drilled on effectively using the cohesive trio: reference, lexical repetition, and lexical phrases. Each student was requested to draw boxes in which they would write all the necessary details in advance. Within the first box, the students were requested to state the type of reference they would use in the first paragraph, whether anaphoric, cataphoric, etc., specifying each type, the pronoun used, and the referent. Then, in the next box, they had to specify the type of lexical repetition they chose; and, finally, the lexical phrases they found most appropriate to link with the previous two components were placed in the third box. After having performed this process for each paragraph, they would then embark upon writing the essay, which should at this point be a quite straightforward process. (Al Sharoufi, 2014).

The present study expands the application of the LCT framework, using a new Web-based application, Academic Writing Wizard. This study also uses a quantitative approach that aims at detecting and measuring actual textual improvements in students’ writing after using AWW to demonstrate the benefit of this technological tool and LCT-based approach in academic writing. Through the obtained data, a comparison can be made between pre-app essays and post-app essays, the latter being heavily influenced by AWW’s concept of conscious writing and selection of LCT elements that improve the cohesiveness of the text.

The study relies on three main instruments: The first is AWW itself, a Web-based writing application that allows conscious production of texts with the help of ready-made drop lists of referential elements, transitional signals, lexical repetition, and lexical phrases. The study also uses a survey to measure students’ satisfaction with the application. The survey focuses on “rating” the application in terms of capability, simplicity, and convenience on a scale from 1 to 5 points. Finally, the data collected is analyzed through a multi-factor analysis of variance (MANOVA) to test the statistical significance of factors such as grade level (11th and 12th) and period of writing the text (pre-application and post-application).

The researcher visited three high schools in Oman with class grades 11 and 12. These were Musa bin Naseer High School (11-12) and Al-Khoud High School for boys (10-12) and Al-Hassan bin Hashim School, respectively. It is important to mention in this respect that the Ministry of Education in Oman selected the above schools. The researcher had no role in that selection process. It is also important to mention also that the 2-week period spent to train teachers and students in Oman was granted to me by the Omani Ministry of Education, taking into account the time constraint of both teachers and students in all the selected schools. The administrative bodies of these schools selected a group of students from each class grade to participate in this pilot study: 32 11th graders and 39 12th graders. As for the selected students’ language proficiency, the selected teachers agreed that their students’ proficiency level falls between pre-intermediate and intermediate. The selection process was done entirely by the schools’ administrations, and the researcher had no role in this process nor had he any role in selecting the teachers of those classes. Regarding the selected teachers, I was told that all of them hold a BA in English and have over 5 years of teaching English at public schools in Oman.

As for the survey, which was mainly conducted to answer research questions 1 and 2, the sample comprised 73 respondents who answered 12 questions exploring the effectiveness of employing AWW. The respondents were selected and divided based on the number of written works or assignments required from them per semester: 1st group: up to five written assignments, 2nd group: more than six written assignments.

Over the course of 2 weeks, the researcher trained the teachers of those grade classes in the systematic application of AWW and trained students on the effective utilization of AWW. The researcher adhered to the following steps to effectively pilot AWW at the selected Omani schools.

Referring to the initial phase as the pre-application phase, I asked the students to write a five-paragraph essay on topics chosen by their teachers. Then, I trained them on employing AWW and subsequently asked them to write the same essay using AWW: This second phase is referred to as the post-application phase. By the end of the AWW trial, I was able to collect 71 pre-app and 71 post-app essays for analysis.

I analyzed the collected essays by performing a multi-factor analysis of variance (MANOVA) of the pre-app and post-app phases. In both phases, teachers were asked to grade their students’ essays to maintain both objectivity and effectiveness. Furthermore, they were asked to grade their students’ essays using AWW. My aim was to test cohesion in accordance with my devised cohesive framework: LCT. Even though the students were asked to simply write a five-paragraph essay without selecting LCT elements in the pre-app phase, AWW is set to automatically detect elements of the LCT and produce cohesion percentages accordingly. Such percentages were entirely based on the cohesive elements suggested by my LCT framework. The teachers then graded their students’ post-app essays, to which the learners had added their own selected LCT elements. The final scores obtained after adding the score generated by AWW to that of the teachers were then used for a statistical analysis, whereas the pre-app essays and post-app essays were necessary for a textual analysis that focuses on the students’ selection of LCT elements from AWW.

Results of the statistical analysis

A total of 71 respondents took part in the investigation. All were senior grade students (class grades 11 and 12). Comparisons of the two groups with respect to the quantitative and scoring scales were performed on the basis of the nonparametric Mann–Whitney criterion. An analysis of the dynamics of the indexes was conducted on the basis of the nonparametric Wilcoxon criterion. A multifactorial dispersive analysis was performed to study the influence of the factors in class. MANOVA was also conducted to study the influence of two factors simultaneously: the class and the time period. The level of statistical significance was fixed at 0.05. The P-values are presented in the report to within a hundred-thousandth.

Analysis of the dynamics of grades

Figure 1 presents the dynamics for the scores pertaining to students and teachers in the two grades. In both grades, the same increase of 10% was observed in the students’ score and of 3% in the teachers’ score.

In Table 3 and Figs. 2, 3, and 4, the results of the multifactorial dispersive analysis MANOVA are presented for each index: Score, Teacher’s Score, and Final Grade. The P-value indicates the statistical significance of the relevant factors: grades, period and period and grades.

In Figs. 2, 3, and 4, a statistically significant positive result is observed for the same dynamics by grade for each score. In Fig. 2, the dynamics of the Score index is clearly visible: in the pre-app period, the values of 11th and 12th grades were almost the same and equal to 24%. The values of the index Score in all classes were higher in the post-app period. There was an increment from the post-app period to the pre-app period in the 11th grade and 12th grade of 10%. Thus, the index Score was influenced by the Period factor.

Based on the results of the statistical analysis, the following conclusions can be drawn:

Based on a final report submitted by the Educational Supervisor, Mr. Ahsan Ibrahim Awjanah, at the Omani Ministry of Education, stated that AWW helped students improve their writing skills over a short period of time. He even recommended using the application as an invaluable educational tool, asserting that “No doubt, the program is practical and very useful, and this was quite clear from the instructors’ positive feedback and the apparent enthusiasm of the students while using it during the visits to these three schools. This program may be one of the tools used in the process of continuous educational refinement in high schools. The next step, however, would be setting the program to limit the number of writing compositions ranging from one paragraph to four paragraphs, and setting a different scale for grade distribution from the current one so that the program becomes more fitting for the high-school level. Thus, the success of the program remains connected to improving Internet connections and providing a sufficient number of computers for the students in one class, noting that the student can work through his/her personal computer in the availability of a network and a computer.” (see Appendix 1).