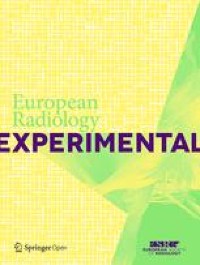 Image preprocessing filters are commonly used in radiomic studies because they are thought to increase overall prediction performance. However, preprocessing filters are not integral to the standard radiomics pipeline. While some studies did not use preprocessing filters [15,16,17], other studies use them, generating datasets with several thousand features [18,19,20]. In the absence of a direct comparison, it is unclear whether the use of such filters can increase predictive performance, as adding more features to the dataset while maintaining the same sample size increases the dimensionality of the dataset, making the training very complex. To understand whether preprocessed features increase the predictive performance, we compared different feature sets using seven publicly available datasets.

Tuning the feature set during cross-validation improved the predictive performance slightly further, and no drop in AUC-ROC was seen compared to the original set of features. This was not surprising since the original set and the set of all features were part of the tuning, and indeed, these sets were performing best on three datasets. However, when the best-performing model is compared to the model trained on all features, the differences were not statistically significant except for the melanoma dataset. Therefore, it is reasonable to tune the feature set during cross-validation to obtain the highest AUC-ROCs, if computational power is of no concern.

Considering the tradeoff between sample size and improvement in AUC-ROC, it seems that when only a few samples are available, the performance of the original feature set is slightly better, even though, as observed, not necessarily statistically so. On the other hand, when more samples are available, the modeling can better deal with the higher dimensionality of the full set of features.

Overall, our study shows that the increased dimensionality that results from the application of preprocessing filters does not significantly affect predictive performance. While one could argue that this is not surprising since feature selection methods can potentially remove those features that are not helpful and thus reduce the increasing dimensionality to a manageable level, it is known that feature selection is generally unstable at high dimensions [21, 22]. However, we have shown that the features coming from the preprocessing filters are quite highly correlated with the original set and with each other. This correlation may be the reason why, despite unstable feature selection methods, increased dimensionality does not entail a loss in predictive performance.

The focus of our study was the impact of the preprocessing filters on the predictive performance, which was not systematically studied in previous studies. Most of them were conducted to assess the impact of preprocessing filters on the variability and reproducibility of the extracted features. For example, Rinaldi et al. [5] studied the impact of scanner vendor and voltage on the features extracted from computed tomography (CT) scans in patients with non-small-cell lung cancer (NSCLC). They showed that wavelet features have lower stability than LoG features. Using CT scans from patients with NSCLC, Fave et al. [6] analysed how far applying preprocessing filters changes the volume-dependency of features and their univariate correlation with overall survival. Their results showed that preprocessing filters have a large impact on both. Um et al. [7] studied the effect of preprocessing filters, namely rescaling, bias field correction, histogram standardisation, and isotropic resampling, on the scanner dependency of features extracted from magnetic resonance imaging (MRI) of patients with gliomas. They concluded that histogram standardisation has the largest impact. In the same spirit, Moradmand et al. [8] showed that bias correction and denoising have a large and different effect on the reproducibility of features preprocessed with image filters like wavelet and LoG. These effects were not in the focus of our study, although they are key for clinical application, since preprocessing filters can potentially reduce noise, harmonise feature values coming from different scanners [23], and reduce interobserver variability [24]. In other words, they can have a large effect on the both, reproducibility and generalizability.

For the radiomics pipeline we used in this study, we had to make several decisions that could potentially have an impact on the results and on the reproducibility of the models. One is data quantization; in this case, we decided to use a fixed bin width of 25, which is the default and recommended method in PyRadiomics [11]; however, the Image Biomarker Standardization Initiative recommends a fixed number of bins [26]. Ideally, this decision should be considered a hyperparameter and be determined for each dataset individually. However, since a different quantization affects all feature sets equally, we expect our statements for other quantization to be valid as well. Therefore, we repeated the experiments with fixed bin numbers of 100 and observed that the conclusions of our study still hold (the results can be found in the Supplemental material). Another parameter of the radiomics pipeline that might affect the results is the normalisation of the data; here, we have chosen to normalise only the MRI data, but not the CT data, since CT scans are comparable to each other in terms of the intensity values. However, it has been shown that normalisation can be useful even in this case. For example, Schwier et al. [27] demonstrated that normalising apparent diffusion coefficient data leads to a higher reproducibility of the features. There are further decisions that can highly affect the predictive performance of the models, including the validation scheme, choice of feature methods, and classifiers. Thus, for a given dataset, it is reasonable to optimise all these choices to obtain a most predictive and reproducible model; for example, a decorrelation step might be employed to further counteract the negative effects of high dimensionality of the datasets.

Ultimately, the clinical usefulness of radiomics can only be judged using external datasets. Since such datasets with high sample numbers coming from multiple centres are still missing largely, we employed nested cross-validation. Therefore, our results can be seen as preliminary. In addition, not using explicit validation data might give rise to a positive bias, even though nested cross-validation should give a relatively unbiased estimation, if the external data follows the same distribution [13]. Comparing our AUC-ROCs to those of Starmans et al. [28], it is striking that using the original set of features on four datasets (Desmoid, GIST, Lipo, Liver), the performance is slightly below the 95% CI reported there. For using all features, only in one case (Liver) was the performance lower, while no difference could be seen when using the best feature set. This confirms that using too few features indeed might hurt the predictive performance of the models. Nonetheless, one must keep in mind that our pipeline was different from that of Starmans et al. [28]. For example, in our study, all scans were homogeneously resampled since it was shown that this might increase predictive performance [29]. In addition, they only used a slice-based approach to extract texture features which could also affect the results, as our study shows. They also use preprocessed features but only extract 534 features. In addition, their validation scheme is different from ours.

In conclusion, preprocessing filters can have a large influence in radiomic studies. Our results demonstrate that even though they increase the dimensionality of the dataset, they can improve the predictive performance of the models.