‘You don’t have to feel trapped’: architectural discourses of youth engagement in a community-based learning environment – Smart Learning Environments 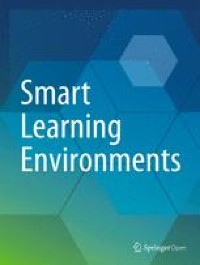 During the initial scoping phase, 6 inclusion and 8 exclusion criteria were established. Included were literature providing knowledge of young people’s marginalisation from mainstream school-based learning; factors impacting their engagement with learning; provision of online learning via distance education; the establishment of ALEs for those in the senior phase of learning (notionally 15–18 years old) to foster engagement, with particular attention to spatial and social features of community-based ALEs. Excluded were special learning needs environments for those with multiple disabilities, primary and junior secondary schools, annexes of senior secondary schools/colleges, specialist academy schools, selective-entry secondary schools, philosophically aligned Steiner and/or Montessori environments, as well as more recent make-the-maker science, technology, engineering, mathematics aligned spaces, and open-entry online learning communities. Applying the inclusion criteria brought over 150 items into consideration, however after application of the exclusion criteria only 50 remained. Delimiting the literature review to community-based alternative learning environments as per these criteria, resulted in three areas for detailed analysis.

First, depending on contextual conditions, ideological, curriculum and pedagogical approaches some alternative learning environments may be considered innovative. However, such an appellation is risky because as the OECD (2013) found in its review of 125 innovative learning environments from over 20 countries, a learning environment is a “holistic eco-system that functions over time and in context […] based on a conceptual architecture that does not immediately refer to the innovative, or effective or powerful” (p. 23). This architecture considered both spatial and social elements of a pedagogical core (learners, teachers, content, physical learning spaces, digital resources), with the nature of leadership and organisational strategy/ies shaping that core, as well as the relationships among participants and partnerships with key stakeholders (communities, education and training providers) (OECD, 2013, pp. 22–24). The review included an in-depth investigation of 40 case studies utilising this architectural framework, concluding that innovation was determined according to “local circumstances and judgement” (OECD, 2013, p. 26). In its 2017 handbook for innovative learning environments, the OECD clarified innovation as “fresh ways of meeting outstanding challenges in a spirit of openness to disciplined experimentation” (OECD, 2017, p. 9). It is through that lens that this paper proceeds.

Second, at the level of the local and particular, judgements have been made about the spatial and social architectures of alternative learning environments, some of which were deemed to be innovative in their potential to engage marginalised young people (Edwards, 2018; Mills & McGregor, 2014; McGregor, Mills, te Riele et al., 2017; Thomas et al., 2017; Vadeboncoeur & Velos, 2016). Edwards’s (2018) ethnographic study in the United Kingdom investigated a youth centre’s alternative curriculum co-created with disengaged secondary school students, youth leaders, family and teachers. He found a relational pedagogy based on the teachings of Freire (1970; Freire & Freire, 2004) to be a convivial feature of this alternative learning environment.

Further, a multi-sited ethnography of four ALEs across three Australian states and one territory during the period 2012–2014 (McGregor et al., 2017) found they varied in location and governance with one government operated ALE, one non-government operated ALE being funded by government, one ALE within a conventional metropolitan secondary school, and one community-based ALE operating through a not-for-profit organisation. Findings identified spatial architectures of technologies, curriculum, location, time, enrolments, funding, building design impacting learning. Social architectures were determined by staffing, number and life experiences of young people, the nature of communities, relationships among the participants, and partnerships among organisational providers; namely, schools and social service providers. These architectures determined the nature of learning opportunities available to the young people (McGregor et al., 2017).

Third, previous research investigating flexibility, inclusivity, partnerships and community relationships, judged alternative learning environments based on “personal progress made relative to each young person’s unique starting point” (Thomas et al., 2017, pp. 445). This was found to challenge current orthodoxies of the education system that sought metrics based upon external standards of achievements such as senior certificates awarded. Similarly, in a compilation of research from the United States, Canada and Australia, Vadeboncoeur and Vellos (2016) confirm supportive relationships among young people and their teachers mediating previously difficult experiences with re-engagement potentialities enhanced due to both spatial and social architectures of such learning environments. The role of schools in the provision of community-based alternative learning environments was noted in all studies, although their dominance was mitigated when partnerships with auspicing agencies were strong and sustained.

Considering an ALE as either more progressive or more traditionalist in design (Dewey, 1938/2007), can be useful when considering both spatial and social architectures. A sliding scale of progressive to traditionalist school architecture can provide a basis for analysing how ALEs are experienced. The idea of a continuum to describe such potential was originally theorised in 1973 by Ivan Illich in his book Deschooling Society, where he proposed an “institutional spectrum” (Illich, 1973, p. 24) as a theoretical framework to represent the degrees of conviviality and manipulation an institution may have. Theorising ALEs as institutions according to Illich’s criteria, facilitates consideration of conviviality as fundamental for learning organically and tangentially in order to make learning purposeful. This contrasts with what he referred to as features of manipulation within institutions of learning where learning was a lock-step, linear progression through generic curricula designed to foster docile compliancy and assign social rank (Illich, 1973).

In some instances, words are used to suggest conviviality. For instance, the use of ‘flexible’ was found to signify ALEs that were either structurally designed as places of formal learning or were retrofitted former traditional schools (Kariippanon et al., 2020). The naming of the Youth + Flexible Learning Centres (Edmund Rice Education Australia, 2020); and New Zealand Flexible Learning Spaces (Trask, 2019) are but 2 examples from the literature. Irrespective of their name, some ALEs were found to co-exist with local community agencies in a symbiotic relationship with seemingly multiple payoffs for the young people themselves, those with whom they learned, and wider society (Bloomfield et al., 2020). Such ALEs can therefore be considered as sitting towards the convivial end of Illich’s (1973) “institutional spectrum” (p. 24) due to their interpretations of flexible delivery, sometimes deschooled physicality, and predominately progressive pedagogy. However, there are still manipulative elements present in such learning environments that conform to educative purposes of producing certain types of human capital that may no longer service ever-changing needs of capital itself (Boltanski et al., 2007). This proposition emerging from the literature review is explored through the research design to follow.