PPI efficacy in the reduction of variceal bleeding incidence and mortality, a meta-analysis – The Egyptian Journal of Internal Medicine 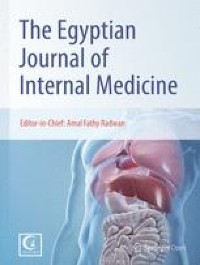 Our study demonstrates a significant reduction in the rate of bleeding and bleeding-related deaths with the use of PPIs rather than placebo following EVL. In addition, there is no evidence that this benefit comes at the cost of a longer hospital stay. Thus, our analysis shows that PPIs may be a valuable option following EVL as they are a cheap and widely available class of drugs that may significantly reduce complications and mortality following the procedure [22, 23].

Following EVL, bleeding due to ligation ulcers is a common complication occurring after 2.8 to 7.8% of procedures [24,25,26,27], although this rate varies depending on the setting (elective versus emergency) of the EVL session, with emergent EVL carrying a much greater risk of rebleeding [26]. Such bleeding is not only severely debilitating to the patient, but may also be fatal, with a 6-month mortality rate of 58.6% in one study [28].

Currently, there are no clear recommendations on the use of PPIs in patients with cirrhosis. For instance, the 2015 UK guidelines do not recommend proton pump inhibitor use for the control of an acute variceal bleed or for the prevention of post-EVL bleeding [29]. These recommendations are primarily based on data associating PPI use with severe adverse events. For instance, a 2014 propensity-matched cohort study showed a significantly higher rate of spontaneous bacterial peritonitis (SBP) in patients using PP [30]; however, findings on this risk have been conflicting, with two recent studies not reporting a positive association between PPI use and SBP [30, 31], and one study reinforcing the finding of the 2014 propensity matched cohort study by showing a positive association [32, 33]. In addition, an observational study linked PPI use in patients with cirrhosis to a higher mortality rate [34]. However, patients taking PPIs had a higher baseline severity of disease, and although the authors used multivariate models to adjust for potential confounders, it is doubtful that all potential confounders were adequately adjusted for.

In addition to PPIs, another option for post-EVL bleeding prophylaxis is sucralfate. A study by Sakr et al. showed that sucralfate prophylaxis, compared to placebo, was associated with a nearly 50% relative reduction in the number of patients having post-banding ulcers [35]. Further, the mean size of ulcers in the sucralfate group was also significantly lower. Recently, a trial by Seo et al. showed that combination therapy with EVL and beta-blockers, for the primary prophylaxis of variceal bleeding, significantly reduced the 2-year recurrence rate of bleeding compared to either option alone by nearly four-folds [36]. However, there was no signal of a mortality benefit. To our knowledge, both studies are only available as abstracts and should accordingly be interpreted with caution. A small earlier randomized trial by Nijhawan et al. (30 patients) did not show that the use of sucralfate did not result in enhanced healing [37]. Another trial investigating simvastatin did not show a significant reduction in the rates of bleeding; however, it was a relatively small trial of 59 patients, and the simvastatin group had significant reductions in portal pressure [38, 39].

Ultimately, because of the association of PPI with SBP, mortality, and a consequently unclear net clinical benefit, it may be rational to target high-risk patients for PPI therapy then to use them for all-comers. A number of risk factors have been associated with rebleeding after EVL, including Child-Pugh C status, bacterial infections, bilirubin levels, coagulation indices, the extent of ascites, varices, and the number of bands placed during EVL [40, 41]. In the future, randomized trials enrolling those patients at the highest risk of post-EVL rebleeding may show a net clinical benefit to the use of PPIs following EVL.

Our study has some limitations which ought to be acknowledged. First, a substantial portion of the evidence was derived from observational studies. Second, although statistical heterogeneity was low, there was some significant clinical heterogeneity as not all studies enrolled patients with a similar baseline severity or for the same purposes of primary vs secondary prophylaxis. Third, our meta-analysis cannot be used to determine the net clinical benefit to using PPIs, as side effects of PPI use were not evaluated in our analysis. Finally, it is unclear from our analysis what the optimal duration of PPI therapy is.

In conclusion, our analysis suggests a twofold reduction in the risk of bleeding and a threefold reduction in the risk of bleeding-related death with the use of PPI following EVL. However, a significant portion of the evidence was derived from observational studies, and previous studies have raised concern about the association of PPIs with SBP. Accordingly, future randomized trials targeting high-risk patients are needed to inform clinical practice.