ByAvinash A. Gutte and Saurabh Dembla 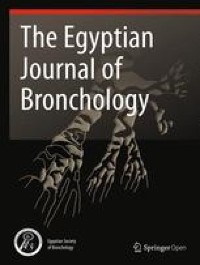 BPF, a sinus tract between bronchi and the pleural space, occurs as a complication following thoracic surgeries such as lobectomy, thoracotomy, and pulmonary infection [1]. BPFs are associated with high rates of morbidity and mortality with reported mortality ranging as high as 70% [2, 3].

Treatment for BPF ranges from conservative/medical management to bronchoscopic procedures for critically ill patients and surgical intervention for those at the highest risk. There is no consensus as to the best available treatment for the management of such fistulae.

Bronchoscopic management of BPFs is based on the delivery of N- butyl cyanoacrylate glue, coils, emphysema valves, autologous blood patch, AVP, occlusive material to the fistula [1], and tracheobronchial stents [6].

Management of BPF using different types of stents has been described. Stents can however lead to sputum retention by impeding mucociliary clearance [7]. Also, stents were not available at our institution at the time of this case.

AVPs have been successfully used for the management of BPFs with no recurrent disease in almost all previously described studies (Table 1).

AVP are a good choice for BPFs which are long and wide such as the one in this case.

AVP devices are made of two discs with a central waist made of a mesh of braided nitinol. The central waist measures from 4 to 40 mm in diameter. The distal disc is about 14mm and the proximal disc is 10 mm larger, respectively, than the diameter of the central waist. This provides an anchoring lip of about 5–7 mm circumferentially.

The waist is positioned inside the defect, while the discs anchor the device on either side of the fistula. AVP devices can be collapsed into low-profile delivery sheaths (5–7 French) owing to the superelastic and shape memory properties of nitinol. This allows the advancement of the devices across the lesion [8].

The plug is attached to a 155-cm-long delivery wire with a micro screw made of stainless steel, allowing the operator to release the plug into the final position by rotating the cable using a supplied torque device. The plug can be readjusted and retrieved as needed before it is finally released. The AVP is compatible with magnetic resonance imaging (MRI), within a magnetic field of less than 3 Tesla [23].

They are designed to provide immediate effective closure of the defect, are available in a large range of sizes, and can be appropriately matched to the lesion. The presence of two disks, one on either side of the lesion, leads to greater coverage and increases the likelihood of closure, as opposed to glue, which is applied to the internal aspect alone.

The devices induce endothelial response and potentiating granulation tissue without causing airway compromise which eventually leads to closure of the fistula [13, 24].

By Avinash A. Gutte and Saurabh Dembla