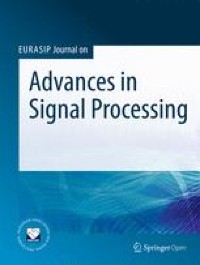 In this part, we show the details of the TLGRU and the method ({E}^{2}) GAN-based for multivariate time series missing values imputation. The overall architecture of the proposed method is shown in Fig. 1. We replaced GRUI with TLGRU in the architecture of ({E}^{2}) GAN and achieved a new state-of-the-art imputation accuracy.

Traditional GAN is difficult to maintain long-term stable training and is prone to mode collapse. Arjovsky et al. [24] proposed the Wasserstein GAN (WGAN), which can improve learning stability and get away from the problem of mode collapse. In our method, we use WGAN instead of GAN. The following are the loss functions of WGAN.

The generator of the proposed method is shown in Fig. 3. The generator is an auto-encoder based on the TLGRU cell, including an encoder and a decoder. The generator can not only compress the incomplete time series (X) into a low-dimensional vector (z) by the encoder, but also reconstruct the complete time series ({X}^{^{prime}}) from (z) by the decoder. Different from traditional auto-encoder, we just add some noise to destroy original samples rather than drop out some values. The random noise (eta) is sampled from a standard distribution (mathcal{N}left(0, 0.01right)), and can avoid the loss of data information in traditional auto-encoder and reduce over-fitting to a certain extent. The following are the update functions of denoising auto-encoder.

First, we use zero value to replace the missing values of (X) at the input stage of TLGRU. Then we feed the TLGRU cell with the incomplete time series (X) and its interval matrix ({delta }_{t}) and ({delta }_{l}). After recurrent processing of the input time series, the last hidden state of the recurrent neural network will flow to a fully connected layer. The output of this fully connected layer is the compressed low-dimensional vector (z).

With the help of the TLGRU cell, the multivariate time series can be successfully handled. The last hidden state of the TLGRU cell is fed into one fully connected layer that outputs the (p) of being true. We also use the sigmoid function to make sure that (pin left(0,left.1right)right.).