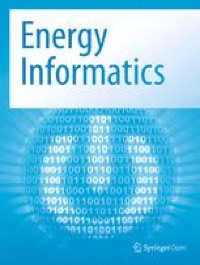 This section presents the approach of SE service virtualization proposed in this paper. The work elaborated in this section is an exemplary case study that will be used later in the proof of concept. The CPES infrastructure is first presented followed by a description of SE service, with a focus of its execution modes and operational states. Next, the management of virtualized SE service with the aid of GFV is elaborated.

In this paper, the exemplary PS model considered is the CIGRE MV benchmark grid (Alam et al. 2020). The grid consists of 15 busbars, with bus 0 considered to be the slack bus connected to the external grid. Operational technology (OT) devices (e.g., IEDs, RTUs) are located at the busbars (or sub-stations) as shown in the left side of Fig.1. Measurement data from OT devices is transmitted through the communication network to SE servers for processing.

The communication network topology for the aforementioned power grid model is designed based on the methodology elaborated in Moussa et al. (2017), as shown in the right side of Fig.1. Each substation is associated with an edge router. Since there is no power lines between bus 0, bus 1 and bus 12, these three buses are located in the same substation, and are thus associated with one edge router. Local area network (LAN) is used for local communication between the devices in the substation (e.g., sensors) and the edge router. For wide area network (WAN), two communication architectures are elaborated taking into consideration the centralized and distributed SE implementations. A central architecture is considered for centralized execution of SE, where all OT devices send their data via the core routers to the central SE server located in the control room (CR). While for distributed execution of SE, a distributed architecture is considered, where the edge routers communicate with each other via communication links if the substations are neighbors (i.e., substations that are connected by power lines). Servers for distributed SE service are assumed to be located at bus 0, bus 5, bus 8 and bus 14, respectively.

The SE service estimates the PS state variables, i.e., bus voltage magnitudes and angles, based on field measurements. Typical measurements are line currents, active (P) and reactive (Q) power flows in the lines, and P and Q injections at buses. In centralized execution of SE service, measurements are transmitted from the sensors to the SE server via the communication network. The processing of the received measurements using a SE algorithm is done in the control room. Failures in the control room server cause the SE service to fail in case there is no backup or redundant server. A weighted least squares (WLS) algorithm, which is presented in Thurner et al. (2018), is used in this paper for centralized execution of SE service.

For the distributed execution of the SE service, the PS model addressed in this paper is assumed to be partitioned into four areas, having (n_{1}) = 4 buses (bus 1, 2, 3, 4), (n_{2}) = 3 buses (bus 5, 6, 7), (n_{3}) = 4 buses (bus 8, 9, 10, 11 ), and (n_{4}) = 3 buses (bus 12, 13, 14), respectively, as shown in Fig. 1. Note that this partition can be changed depending on the use case. Field measurements are transmitted locally to the appropriate SE servers via the inter-substation communication. Measurements are grouped as internal or local and boundary measurements. The SE servers perform the distributed SE algorithm by processing the internal measurements and exchanging the boundary measurements with the neighbor servers. For the distributed SE service, a WLS algorithm is considered as elaborated in Korres (2010).

The performance of SE service can be assessed using three criteria—availability, latency, and correctness (Klaes et al. 2020). These criteria are used to qualitatively assess the impact of disturbances on the operation of SE service. Availability assesses the existence of required field measurements at a given time, which is the input for the SE service. Latency is a QoS requirement of the communication network and refers to the time between transmission and reception of data. Correctness captures the quality of input measurements, which directly impacts the quality of SE service output. It can be impacted by disturbances such as noise interference or cyber-attacks. The states of SE service can be defined as follows (Klaes et al. 2020; Hassan 2021):

Limited state In this state, SE performance is partially degraded due to certain disturbances, which have impacted the availability, latency, and/or correctness. The operator is aware that the SE service needs to be used with caution as there is an increased risk of further degradation. This state characterizes the resiliency of the SE service.

Failed state This state indicates that the SE service is no longer functional, i.e., availability, latency, and/or correctness are violated. Therefore, it affects other grid services and can lead to inaccurate control actions. The operator should take suitable actions to restore the functionality of the SE service.