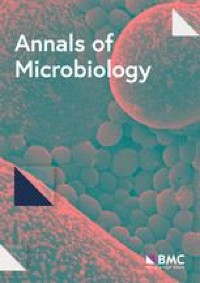 Rarefaction analysis was performed on each soil sample, and the rarefaction curves tended to the plateau phase, indicating that the sequencing was almost saturated, and the bacterial community diversity in the soil sample can be truly reflected. The sampling was reasonable (SubFig. 1).

The linear mixed model analysis indicated that OTUs number, Chao1, and Shannon index of soil microbes in tea plantation were significantly affected by the covering of Litsea cubeba (Fig. 1). The number of OTUs in the soil of tea plantation was 1470 ± 25.53 in control plot (Fig. 1a). Litsea cubeba cover significantly decreased the OTUs number in soil of tea plantation. The OTUs number was decreased from 1470 ± 25.53 to 943 ± 13.75 and 727 ± 15.58 in the F-Ab and F-Pr treatment, respectively (Fig. 1a). In addition, the change in bacterial diversity was analyzed with the Shannon index, and the total species richness was estimated by the Chao1 index in the tea plantation soil. Shannon and Chao1 indices showed that covering Litsea cubeba reduced the bacterial diversity and the total species richness compared to control soil (Fig. 1b and c).

We conducted a functional analysis of bacterial community with the software of Tax4Fun. The functions mainly involve plant pathogens, carbon cycle and mineral enrich, plant-derived biopolymers degradation, and so on (Table 1). The OTUs number of plant pathogens community in the CK was 907 ± 81 while in the F-Ab and F-Pr treatment was 658 ± 92 and 337 ± 25, respectively (Table 1); the OTUs number of nutrition metabolism and transport were 850 ± 79, 625 ± 48, and 165 ± 37 in CK and F-Ab and F-Pr treatment, respectively. The change trends of other functional group, such as carbon cycle and mineral enrich, nitrate reduction, and carbohydrate utilization, were similar with that of nutrition metabolism and transport (Table 1).

Litsea cubeba cover affected the soil pH and different aluminum forms content (Table 3). Compared with the control, Litsea cubeba cover increased the soil pH. In the F-Ab and F-Pr treatment, the soil pH index was 4.76 ± 0.02 and 5.28 ± 0.05, increased by 0.30 and 0.82, respectively. For the different aluminum forms, covering with Litsea cubeba decreased the exchangeable aluminum content. Compare with the control, the content of exchangeable aluminum of F-Ab treatment was 16.32 ± 3.34 mg/kg, and that of F-Pr treatment was 11.27 ± 2.57 mg/kg, reduced by 45.28% and 62.21%, respectively. The trend of aluminum humate was opposite to that of exchangeable aluminum. The aluminum humate content in F-Ab and F-Pr treatments increased by 68.94% and 56.51%, respectively (Table 3). The change trends of aluminum hydrous oxide and hydroxide were similar to that of aluminum humate, while the inorganic adsorption aluminum content was not obviously changed (Table 3).

The environment factors explain showed that aluminum (Al), oleamide (Ole), cyclohexene (Cyc), (+)-2-bornanone (Bor), phosphorus (P), and alpha-terpineol (Alp) were the main impact factors, the value of explains > 95%, and P < 0.05 (Table 4). The redundant analysis of different forms of aluminum and bacterial community showed that the exchangeable aluminum was the main form of aluminum that affects the structure and diversity of soil bacteria (Fig. 5b).