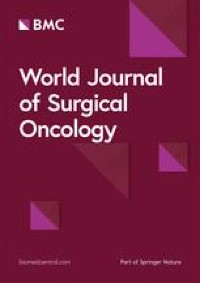 The inclusion criteria were histologically verified T1N0 and T1N1b tumors according to the AJCC/UICC pTNM classification, 8th Edition, 2017 [1, 42]. Twenty-five small PTCs without metastasis (pT1N0) and 19 (pT1N1b) with metastasis were selected from the Swedish National Quality Register for Thyroid Cancer. Tissues from primary tumors and lymph node metastases were then collected from three local biobanks as paraffin-embedded, formalin-fixed tissue samples. One of the patients in the metastatic group was excluded since the tissue samples were not available, and another patient in this group was excluded because the tissue sample was of poor quality. After these exclusions, the resulting final cohort consisted of 44 patients. Complementary information was collected from the patients’ medical and pathology records, such as tumor size, tumor side, nodal status, age at diagnosis, and method of surgery.

The samples were analyzed using light microscopy and sample pictures for each score were used to make the assessments more objective. To avoid subjectivity, two of the authors (HB & GB) performed the analysis and scoring of the individual sample separately. The results were then compared, and the mean value was calculated. The agreement of evaluation was measured by Cohen’s Kappa interrater reliability test, resulting in a mean coefficient of 0.86, indicating very good agreement.

When looking at the PTC tissue samples, we evaluated trademarks for cancer such as papillary architecture, disorganization, large and clear nucleoli, mitoses, and the so-called “Orphan Annie-eyes,” that is, large round cells with a dense nucleus and clear cytoplasm, compared to the normal tissue.

The staining was evaluated based on location, intensity, and distribution.

The location of the different stains had to be analyzed regarding staining in unexpected patterns, since it is expected with some expression of Col1, Col4, a-SMA, and MMP-9 in both types of samples, even if normal tissue. The scoring was based on how much the staining’s expression in the metastatic areas differed from the non-metastatic parts of the lymph node (normal part) and was performed in the same way for tumorous vs non-tumorous areas in the thyroid samples. Details of the location scoring system are found in Table 1 and Fig. 1.

The intensity of the positive-stained areas in the tumorous areas or metastatic lymph nodes was scored as follows: 0, none; 1, weak; 2, moderate; and 3, strong.

The distribution of the staining was assessed with scores from 0 to 4, purely based on how much percentage of the tumor’s stroma, or metastatic area of the sample, had a positive stain, as shown in Table 2. A score of 0 means that there was a completely negative stain, i.e., a negative control. A score from 1 to 4 was then given when there was a positive stain surrounding the cancerous or follicular cells, with a focus on the fibers surrounding/between rows of cells. In the case of MMP-9, we even looked at the distribution of the tumor epithelial cells. When analyzing the lymph nodes, the capsule (in the case of Col1) and the vessels (in the case of Col4 and a-SMA) were disregarded, since these are expected to have a positive stain in all samples. We also applied the distribution score for the healthy parts of our specimens in order to compare it with the pathological one. Details of the distribution scoring system are found in Table 2 and Fig. 1.

When scoring samples with multiple lymph nodes in the same sample, the metastatic parts of each were assessed to a combined score for the sample. In some of the thyroid samples, thyroiditis and/or goiter were present, and in these cases, the healthiest areas were used for comparison with the tumor.

Both the intensity and the distribution scores were added together to create a total score (0–7 points).

Cutoff levels for the percentage of cells with a positive stain within the metastatic/cancerous stroma/between healthy follicular cells.